Are ya having a problem with your rig? We'll try to help. Share your tech tips and experiences here. Dr. Billy Glaser, author of the "Unofficial 750 Ural Service Manual" site myural.com, is moderating this section.
Forum rules
Here is the place for you to ask questions about or share your experiences about servicing or repairing your Ural or Dnepr. Please post topics concering modifications or accesories in the "Modifications and Acessories" section. Please post oil related questions in the "Oil Threads" section.
Post Reply
17 posts

The clutch plates were in backwards. I found a You Tube of someone taking a K650 clutch apart and paid VERY careful attention.
Ordered some new plates, waited very patiently and totally DIDN'T check the parcel tracking twice a day every day for weeks, despite what lying liars who are lying might say, put the new plates in (bit of a story itself, but told elsewhere), and started her back up. 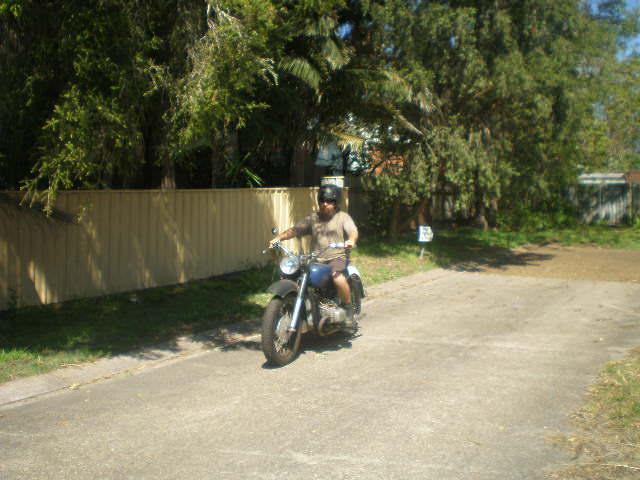 The clutch is good, and the gear-change is so smooth I can't even feel it. Literally. I have to release the clutch to confirm it even happened.
It's starting with a single kick, first time every time. My postie doesn't even do that (mind you, I haven't changed the postie's spark plug, like, ever

I do have a concern. As mentioned before, the choke has ABSOLUTELY no effect, open or shut, whether the engine's hot or cold, for good or bad. Also, it doesn't like me touching the ignition timing lever at all. Starting or already going, I'm to leave it alone.
Australia, Newcastle. 1972 Dnepr MT-9... mostly... I think...
Top
Post Reply
17 posts