An Independent Forum for Ural & Dnepr Motorcycle Enthusiasts since 2007
https://sovietsteeds.com/forums/

by stagewex
Or is it Ohrooga/Oroohga? Actually the cheap-Chinese version that they couldn't even get the phonetics right. It's says "Ooooga Horn" on its label.

Funnel is plastic but yeah, it is loud. You'll need to by a horn switch obviously.

Bolt it anywhere on your Ural to dazzle the kids and harass your neighbors, Ha.

Price: Free+ whatever the shipping cost is to you from 10804

by codemonkey001
Harbor Freight called the one they sold me "Ooga" horn, although I prefer "Ahoogah". I love mine, except that it seems to make the local geese want to mate with my bike. 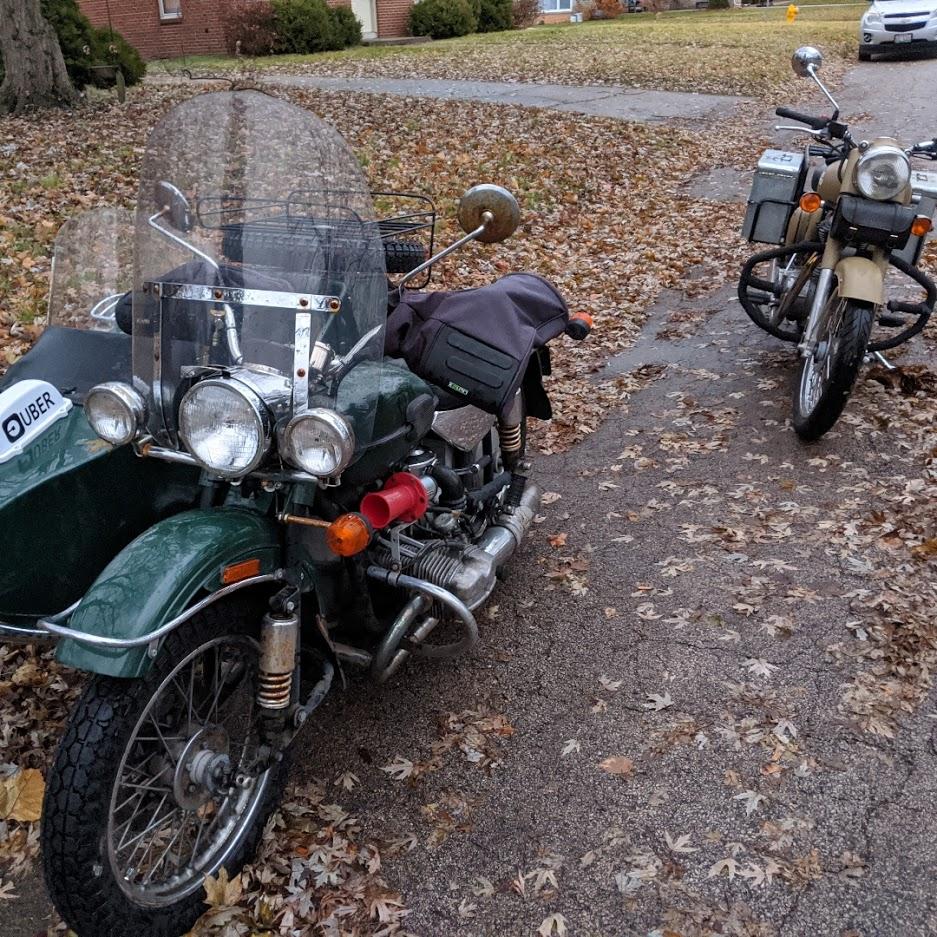 by stagewex
You got it xpatriot.
No more geese problems for you if you ever had them

codemonkey, you're not really an Uber driver with your hack, right?

I'll skip the socialist diatribe about a business model that shifts the cost of ownership of capital to the workers and just say "Uber won't allow it".

I saw a guy up in Missasauga, Ontario with an identical green Patrol and an Uber sign and thought it was funny as hell; I assumed it was something like LDS temple garments where you had to be on a registry to buy them. $12 on AliExpress proved that assumption wrong. I love cruising bars on Saturday nights and arguing with the drunks who claim I'm their driver over helmet rental.

codemonkey001 wrote: ↑
Thu Jan 16, 2020 5:03 pm
I'll skip the socialist diatribe about a business model that shifts the cost of ownership of capital to the workers and just say "Uber won't allow it".

A high school classmate of mine was moonlighting as an Uber driver. As she explained it, living near a college town (as she did) was a virtual license to print money, particularly on weekends. I learned that Uber drivers have more autonomy than I had anticipated, particularly as it concerns refusing fares (although this cannot become a habit). There's also the $150.00 allowance that is provided for cleaning expenses when, for example, an inebriated fare makes a mess in the back seat.

A four door vehicle is compulsory, as is an automatic transmission. So, those in the know would know that an Uber fixture on a Ural sidecar is just humor with a wink and a nod.

by stagewex
Somewhat related to the Uber mentality...
New Years Eve my daughter is home from college for the month. We have a big family and friends party that she and her friends are attending too. At least till around 10-10:30pm when they decide to go to a club in NYC (about 20 miles away). "Why would you go into NY on New Years Eve" says I but not out loud. Ever the parent worrier I tell her "if anything major or dramatic happens and the trains aren't running always remember to walk/make your way home anyway you can".
Yeah that's our disaster plan for someone who was in NY on 9/11. But for some reason she didn't get what I meant, but I don't want to be an alarmist...