Pterodactyl
Hero of the Soviet Union - 2020

A friend of mine makes the guard shown in the image below. It prevents the inadvertent resting of the foot on the linkage and activation of the brakes. He made me one soon after following me and noticing my brake light was on for a quarter of a mile. My rear brake disc was slightly blued as a result. Just wondering if something like this is already on the market. I have looked around and saw nothing similar available. I’m thinking of urging him to make some and offer them on the forum. 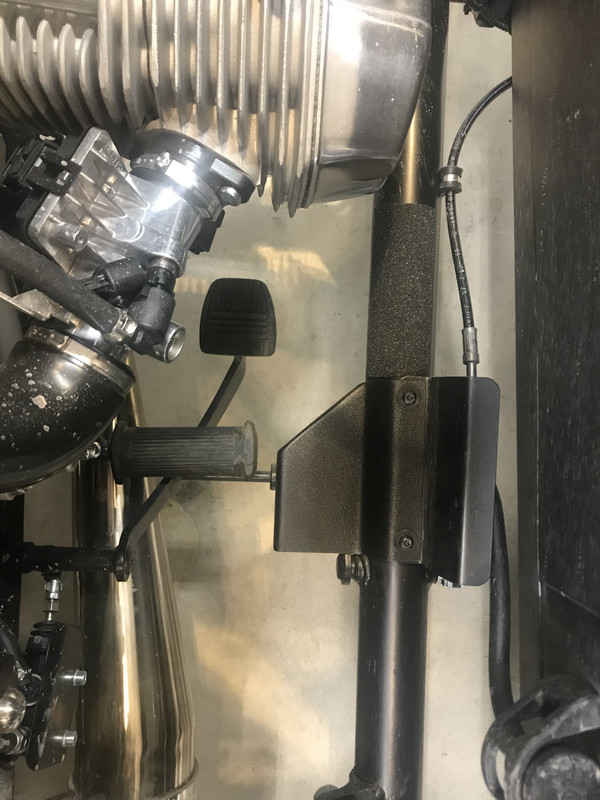 stagewex
Hero of the Soviet Union - 2020

Never saw it before but it looks like a good, simple idea.
Stagewex

List what you "have", keep the others in your precious memory bank.
Top

You could always back off your brake linkage and brake light switch a tad, making such a guard unnecessary.
- Chad

When the 2014 models first came out, I made a similar guard and sold a few to members. Sadly though, I'm not at a place where I can make more. I think it would be a good idea to make a couple and see how the demand is.

Return to “The Gray Market”