Welcome Comrade! Pull up a barstool and order yourself a virtual vodka or Baltika and enjoy the camaraderie of other Soviet bloc bike enthusiasts. Nastrovya! This is the place for generic conversations about bikes and life in general.
Forum rules
This is the place for general discussion about motorcycles and life in general. No political posts. Use The "Other" Toy Box section for other bikes, guns, collectibles or hobbies.
Post Reply
28 posts

No. They are just members of the dumbest generation ever...

"There comes a time in your life when you have to let go of all the pointless drama and the people who create it and surround yourself with people who make you laugh so hard that you forget the bad and focus solely on the good. After all, life is too short to be anything but happy."
Top

No, not all are dumb, like the rest of us, a mixed bag. They just had poor parents and did not get to grow up the way kids used to. Those who need to will figure it out or fail, just like us.

But yea, the Tonto thing is so far in the past it will only become topical if it catches attention.
Fear No Gravel
Formerly Owned: ( various rides on others)
Honda 90
2 x CB750K (one a true Japan Model flown to Hawaii by a P3 Orion Sub Patrol Aircraft!)
1 x CB700 SC ala Shaft Drive Nighthawk S (RC20 is the actual in house production Model)
1 x R80GS (ok to start with, learned to love it for what it was)
1 x CB450K

snowymonkey
Hero of the Soviet Union - 2020

"A fiery horse and the speed of light and a hearty High Ho Silver" at least approximately. Memory is getting old, but not entirely gone. Tonto's buddy.
Read Bill Bryson's (born Des Moines, Iowa, 1951) Life and Times of the Thunderbolt Kid, a memoir about growing up in the '50's.
2015 cT Special Edition Dark Force
Live in Maine. Retired.
Top

Every day above ground is one more precious gift not to be wasted ~ that's why it's called the 'present' =8-) .

I remember The Lone Ranger and his faithful side kick Tonto , not P.C. but I remember some good life lessons about friend ship, charity, self respect and so on that are no longer taught it seems . 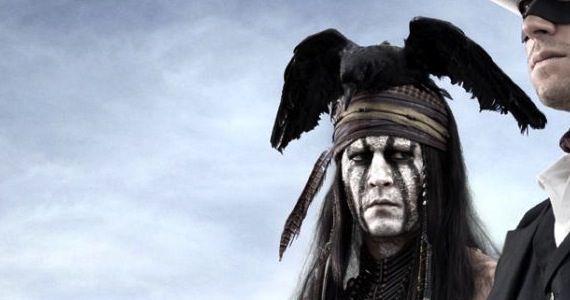 Wow, let's show how bone headed we are by stereotyping an entire generation.

I would not expect a millennial to know who the Lone Ranger and Tonto were anymore than I'd expect someone from our generation to know who the comic strip characters that had stopped being published by the time we could read and write. And if knowing about fictional character is a measure of intelligence, we've really slid off the tracks somewhere along the way.

There are a lot of smart kids out there. I worked with a lot of them. They never ceased to impress me. And they had many of the same values we grew up with. It's all a matter of upbringing and personal character. An arsehole, idiot, zealot, or wacko is pretty much the same regardless of the generation from which they came. All that changes is how they might look the tools of their trade and the topics of their interests.

I remember back in school, a teacher read to the class as short diatribe about the younger generation. It was full of stuff that sounded like it would have come directly out of our parents' mouths. Things about respect, laziness, disinterest in what was important, etc.. When he was done reading, he ask the class to guess who wrote it. The guesses were all over the place and I remember one student thinking it was from Hitler. Most guessed it was from some contemporary adult. It was written by some Roman during the time of Julius Caesar. It drove home a point I never forgot.

I've got another. Friend worked as a pharmacist in a privately owned Drug Store. Remember those. This was back in the 80's. The have a teenage, Miss Cutesyface working the register at the counter. Crosby, Stills and Nash had not released anything since sometime in the early 70's. But in '82 they release Southern Cross and it was a hit on all the stations. Now Ray was also a musician. Damn good singer and virtuoso guitar player. I had been playing music with him since the early 70's and would later run the sound for his last band. He's filling little bottles with pills when Southern Cross comes on the radio. When it finishes, Miss Cutesyface says, "Wow, they are really good. Have they ever done anything else?". Ray was apoplectic. He ranted about her for a month after to anyone who would listen. He could not conceive of anyone not knowing who Crosby, Stills and Nash were. But during one of his rants, someone we knew who was a teacher said his student all knew who John, George, Paul and Ringo were as performers, but none of them knew that they were also The Beatles.
Regards,
Rob
Proud member of the Peanut Gallery
Certified Blatherer
2000 Ural Tourist
40 Pilots, 122 Mains
Before you say something stupid, always ask yourself, "What would Harpo say?".
Top

I can’t name a single ‘Urban Contemporary’ or ‘Country Pop’ artist, anymore than a young person could come up with someone such as Link Wray, Kris Kristofferson, or Dick Dale from my generation. I do recall Bob Dylan going out of his way to be a dick when he was starting out. Jim Morrison pi$$ed off my folks for his on stage antics.

Snakeoil wrote: ↑
Wed Nov 13, 2019 7:53 pm
...if knowing about fictional characters is a measure of intelligence, we've really slid off the tracks somewhere along the way.

I don't disagree, Rob, but I'd also say that context matters.

My high school AP English course exposed us to a broad swath of classic literature, about which we had to be pretty conversant in order to pass the recurring quizzes and tests. Being able to quote Dickens or Shakespeare at length, accurately, arguably is a good metric of learning. Fagin, Cassius, Havisham, Hamlet. All significant members of the corresponding narratives. All quite fictional. And all likely beyond the capability of the average fan of DC Comics movies to appreciate in any substantive sense.
Inventory:
2018 Ural Gear Up
2015 Suzuki DR650
1991 Bianchi Osprey
1952 Columbia RX-5 ('87, NOS)
Top

Old ?
Back in the late 90s our neighbor teen said " What do you mean Ozzy was in a band Black Sabbath ? He's always been Ozzy"

Dick ?
Paul Simon was invited to meet and record with Bob Dylan at a Greenwich Village studio. When introduced Bob said " Who's this nobody ? Get him out of here." Paul Simon replied eff you and they never spoke to each other again.

Wisdom ?
"The youth of today are more rebellious than ever. "
Socrates 400 b.c.

Disclaimer ?
Any of the above I've only heard and cannot verify. But I do know this joke is true.

The Lone Ranger was trapped in a ditch with a shot leg by enemy fire. He couldn't mount Silver so he whispered, as to not draw attention, in Triggers ear to flee and get help.
Soon after a naked woman saddled to Trigger arrived. The Lone Ranger lamented. " I said Posse !"
2007 Woodland Green Patrol

Our Foster boys never cease to amaze me with the cultural things they know, mostly musical in nature but also literature here and there .

Of course you are 100% correct, Lofty. I was referring to less signicant characters like Dagwood. But then again, to me and most my age, if you talk about a Dagwood sandwich, everyone knows what you mean.

It's all relative.
Regards,
Rob
Proud member of the Peanut Gallery
Certified Blatherer
2000 Ural Tourist
40 Pilots, 122 Mains
Before you say something stupid, always ask yourself, "What would Harpo say?".
Top
Post Reply
28 posts

Return to “The Virtual Watering Hole”